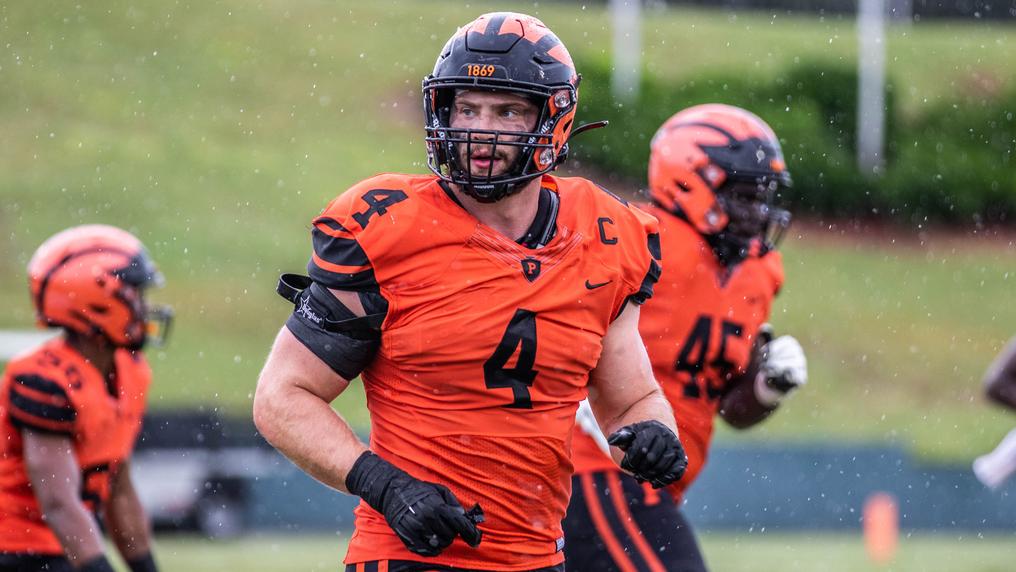 This course won’t be found on any syllabus for an incoming freshman, but Matthew Jester received the rare opportunity to take a PhD-level course in leadership during his first semester at Princeton University.

The Texas native earned a handful of Saturday snaps during the magical 2018 undefeated season, but he learned far more in the locker room and the practice fields that fall. That championship team, led by captains Mark Fossati, John Lovett, Tom Johnson and Kurt Holuba, taught Jester invaluable lessons that would be particularly useful as his career progressed.

“Selfless leadership,” Jester remembers of a lesson that he is currently putting into practice. “That’s the kind of leader I want to be. Those guys set a standard for culture. I love our team culture right now. I love the leaders we have. It really started in 2018 with the standard that was set, and we have gone from there.”

Don’t be surprised that Jester studied those leaders early on. After all, it was his passion for both football and education that brought to Princeton.

And it was that lesson that is serving both Jester and his teammates so well now.

Jester was born into a Texas football family. Both his father and uncle played football at Rice University, and he carried the legacy on as an all-district linebacker and captain at Klein High School. Jester helped his school reach the second round of the Texas state playoffs and earn a Top 100 ranking in the state, and he forced a district-best seven turnovers as a senior.

Football was in his blood, and he wanted to pursue the sport at the collegiate level, but his focus wasn’t the same as many of his fellow Texans. While many were looking at the big schools in Austin or College Station, Jester was focused on schools in Cambridge, New Haven, and, yes, Princeton.

“Eventually football stops, and a good college education will take my career and my life where I want it to go,” he said. “I clicked with the coaches at Princeton, and the campus felt like home. Getting on campus and meeting the guys, learning about the academics and figuring out I could take a liberal arts education the way I wanted it to go all helped me make my way to Princeton. I’ve loved every moment of it.”

“I believed I would be treated the way I wanted to be treated, and the coaches really cared for my personal success, in whatever form that took,” he said. “God forbid, if I got injured my freshman year, they were going to treat me the same as if I was a star player. They care about your personal development.”

Fortunately for all involved, his personal development has indeed come both on and off the field.

Jester had 16 tackles and 2.5 sacks while playing every game of his sophomore season, but he took a gap year in 2020 and spent both the preseason and the opening month of the 2021 championship campaign finding his comfort in the defense. Through the first five games, he had 11 tackles, including five in a tight win over Columbia.

The turning point for Jester came in the remarkable five-overtime win over Harvard, when the outside linebacker had six tackles and a 10-yard sack. Over the second half of the season, he recorded 19 tackles, three sacks and four quarterback hurries to help Princeton win its 13th Ivy League championship.

“After the first few games, I started to feel more confident,” he said. “I had dealt with some injuries in high school and freshman year, and earlier in my Princeton career, I had been a situational guy, a third-down pass rush guy. I started to make a couple plays and felt more confident. I felt like there was more in me, and that I can get more out of my performance.”

He took that on-field confidence and worked hard to bolster his off-field leadership skills in the offseason so he could provide the same impact that those 2018 captains did for him. His work was rewarded when he was named a co-captain this preseason, an honor that meant the world to him.

But the work was far from done. After feeling good about the improvements in both his play and leadership, Jester put work into his mental preparation over the last month. Whether its reading plays or formations, he is finding the small advantages that put him in the right place at the right time.

Every little advantage matters when your defense is replacing four first-team All-Ivy standouts, including Defensive Player of the Year Jeremiah Tyler, who posted as good a career as any Tiger defensive player this century. Jester doesn’t see it as his job to replace Tyler, or any other player for that matter.

Saturday’s season-opening win is a perfect example. After Stetson caught Princeton on two long touchdown passes early in the game, the defense settled in and did its job. Jester had four tackles, making him one of 18 Princeton players with at least two stops. The defense didn’t allow a third-down conversion over the final 43 minutes of the game and pulled away for a 39-14 win.

Head coach Bob Surace wasn’t surprised by the performance. He’s seen this level of play from Jester since the start of camp.

“Matt is an incredible leader and worker,” he said. “It’s not just his on-the-field physicality and explosiveness, but he’s been exceptional in the weight room. I love the edge he plays and practices with. His energy is contagious.”

You’ll see that energy this Saturday at 3 pm when Princeton hosts Lehigh in its 2022 season opener. Jester has five home games left, and he won’t take any of them for granted.

“Our fans do a great job coming to the game, being loud and getting us hyped, and we love playing at home for that reason,” he said. “But we also love to play at home because we just love to play football, to play with our brothers, our best friends. That’s why it’s always so special to us.”

An economics major who is also pursuing a minor in finance, Jester has a bright future ahead of him. He spent the past summer with an internship at Barclays doing investment banking, and the option to return is there for him. His dream to continue his football career exists as well, and he’ll pour his heart into that when the time is right.

But that time isn’t now. He learned in 2018 that Princeton seniors need to lead the program by being selfless. He took that course, and now he’s ready to teach it himself. 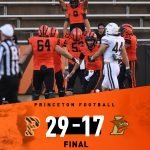 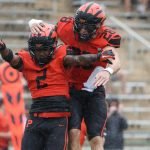 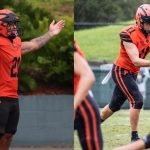 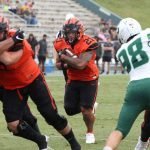