NO. 22 FOOTBALL SET FOR SEASON FINALE VS. PENN 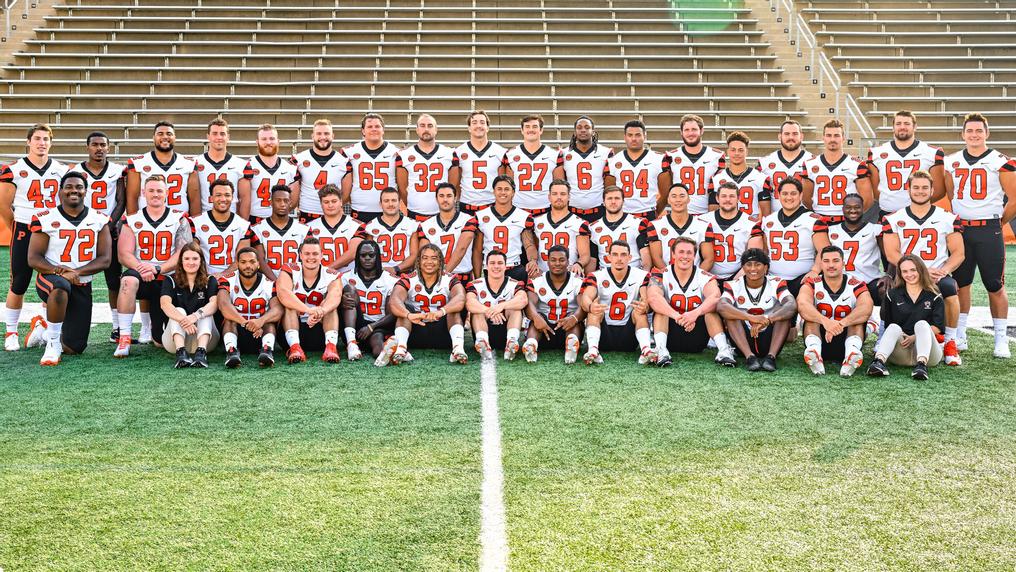 A deep, talented class of seniors, each of whom lived through a global nightmare during their Princeton careers, will line up together on Powers Field Saturday afternoon ready to give it all for a dream finish.

The majority of them never expected to be here when they first put on the Orange and Black. It’s not that they didn’t expect to compete for Ivy titles; in fact, they were in Ivy title contention on the final day of every season they competed at Princeton. It’s just that they never expected to STILL be here.

Many members of the senior class were freshmen during the perfect 2018 season, when Princeton won its 12th Ivy League title. Some joined in 2019, the 150th year of Princeton football, when the Tigers fell heartbreakingly short of the program’s first repeat championship since 1963-64.

They remember that feeling, and they have no interest in reliving it. Not on Senior Day. Not on their Senior Day.

To avoid it, though, the Tigers will have to knock off another team with championship aspirations, the Penn Quakers.

One, two or four teams could be crowned Ivy League champions by the end of a chaotic Saturday, but the Tigers don’t need to do any scoreboard watching if they take care of business. Princeton (8-1, 5-1 Ivy) would win at least a share of their 14th Ivy League title with a win over Penn; it would be a shared title if Yale wins at Harvard, and an outright title if Harvard wins.

If Penn wins, then both teams would finish the season with 5-2 Ivy records. That game starts at 1 pm, so they would likely know their fate by the end, as the Yale-Harvard game has a noon kickoff in Cambridge. If Harvard wins, then all four teams would share the Ivy title with 5-2 records, a feat that has never happened in Ivy football history. Penn and Yale wins would leave the Bulldogs as lone champions.

Princeton head coach Bob Surace couldn’t care less about Yale or Harvard right now. His attention is fully on Penn, who went 1-6 in the Ivies last year and is now playing for a potential share of the league title Saturday.

“I’m excited for a Week 10 challenge against an outstanding Penn team that has consistently played great football all season in all three phases of the game,” said Surace, who is looking for his fifth Ivy title in the last nine seasons as Princeton head coach. “It is truly a complete team that is not only athletic but very strong and physical.”

There are plenty of individual records and achievements on the line as well this weekend, which will be documented later in this story. They are all fun subplots on Saturday, but when a championship and program history is on the line, everything else is secondary.

You can’t ask for much more than that.

Twice As Nice • Princeton has only repeated as Ivy League champion once (1963-64), but it can do it again with a win Saturday. The Tigers won the 2021 Ivy League title after closing their season with a 34-14 win at Penn.

Wins Upon Wins • The Class of 2023 has posted a record of 35-4 with one game remaining in their Princeton careers. How special is that?

Quite The Rivalry • Princeton leads the rivalry 69-42-1 in a series that dates back to Nov. 11, 1876, a 6-0-0 road win for the Tigers. Since 2013, Princeton has won six games over Penn, and in four of those years they went on to win the Ivy League title. They have won three straight at home against Penn, including a 42-14 win in 2018 that clinched the Ivy League title.

Staying Classi • Senior wide receiver Dylan Classi, one of the few seniors who played in more than half of the games in the 2018 season, became the fifth player in Princeton history to record at least 2,000 career receiving yards last weekend. He enters his career finale ninth all-time in receptions (129) and fifth in receiving yards (2,033). Here is what he would need to make realistic moves up the charts.

Andrei The Giant • Senior wide receiver Andrei Iosivas has also made an epic climb up the Princeton record books. Iosivas has 123 career receptions for 1,878 yards, meaning he could become the sixth player in Princeton history with 2,000 receiving yards with 122 in the finale. He could also make a big move up the career receptions list.

Bowled Over • Princeton senior wide receiver Andrei Iosivas was invited to the Reese’s Senior Bowl last week via an in-person invitation by Senior Bowl Executive Director Jim Nagy. He will be only the third Princeton player to ever compete in the Senior Bowl (Hollie Donan, 1951 and Caraun Reid, 2014), and he would also be the first Ivy League representative since 2016.

The Butler Did It • Freshman running back Ryan Butler has won the Ivy League Rookie of the Week award five times this season, one short of the Ivy record. That mark was set by three players, including Princeton running back Chuck Dibilio (2011). Butler is tied for the Ivy League lead with 10 rushing touchdowns and 11 overall touchdowns this season.

Throwing It Around • Junior quarterback Blake Stenstrom leads the Ivy League in completions (218), passing yards (2,490), completion percentage (69.0%) and passing efficiency (148.3). He has 15 passing touchdowns, one shy of Ivy co-leader Aidan Sayin of Penn.

Tackling The Issue • Junior linebacker Liam Johnson ranks fourth in the Ivy League with 8.8 tackles per game this season, and he ranks third in overall tackles with 79. He made a career-high 15 tackles last weekend at Yale. 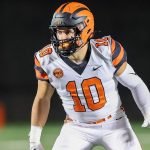 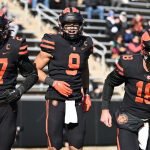 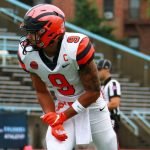 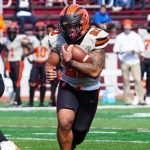