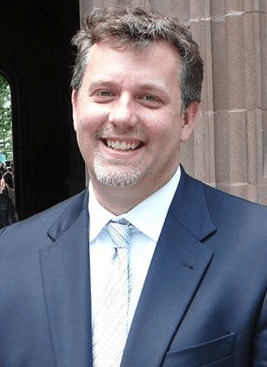 Eric Gregory joined the faculty in 2001, and was promoted to Professor in 2009. He is the author of Politics and the Order of Love: An Augustinian Ethic of Democratic Citizenship (University of Chicago Press, 2008), and articles in a variety of edited volumes and journals, including the Journal of Religious Ethics, Studies in Christian Ethics, and Augustinian Studies. His interests include religious and philosophical ethics, theology, political theory, law and religion, and the role of religion in public life. In 2007 he was awarded Princeton’s President’s Award for Distinguished Teaching. A graduate of Harvard College, he earned an M.Phil. and Diploma in Theology from the University of Oxford as a Rhodes Scholar, and his doctorate in Religious Studies from Yale University. He has received fellowships from the Erasmus Institute, University of Notre Dame, the Safra Foundation Center for Ethics, Harvard University, the National Endowment for the Humanities, and The Tikvah Center for Law & Jewish Civilization at New York University School of Law. Among his current projects is a book tentatively titled, What Do We Owe Strangers? Globalization and the Good Samaritan, which examines secular and religious perspectives on global justice.

At Princeton at large, he is chair of the Council of the Humanities.  He is also director of the Program in Humanistic Studies and Stewart Seminars in Religion, and sits with the executive committee of the University Center for Human Values.  He serves on the board of directors of the Society of Christian Ethics and the editorial board of the Journal of Religious Ethics.